Joanne and Mike Benjamin will be honored as recipients of the Robert N. Pursel Award for Community Service, to be presented on Saturday, December 10, 2022 as part of the annual Holiday Happenings event. The Benjamins are neighbors who have been helping other neighbors for their entire lives. Individually, and as a couple, they have lived the qualities that are honored by the Pursel Award.

Joanne grew up in a Navy family, and like her mother and grandmother before her, she was a volunteer at heart. At the age of 16, she joined the volunteers at Rainbow Babies & Children's Hospital in Cleveland and later went on to become a licensed practical nurse. At a hospital in Bethesda, Maryland, Joanne was asked out by a Navy guy wearing white bellbottoms and bright red socks. He stood her up, but the next day brought her roses and an apology. That was 55 years ago.

Mike enlisted in the Navy in 1962 and qualified for "Duty Independent of a Medical Officer" six years later. In 1977, Mike was selected for the Physician Assistant Program at the university of Nebraska, College of Medicine, where he earned a Bachelor of Science Degree with honors and was commissioned as an officer.

Joanne and Mike moved 14 times during those military years. As a military wife, Joanne served as the Ombudsman—group leader, confidant, cheerleader—for the spouses of the men who were stationed aboard the USS George Bancroft submarine. For more than five years, Joanne's quiet confidence, absolute understanding, and willingness to help were the reasons spouses turned to her during their husbands' deployments at sea. These same skills have served her throughout her work with school, church, and community organizations.

When Mike retired from the military in 1983, the Benjamin family—with sons Ryan, Chris, and Rilee—moved to Danville so Mike could begin a new career as a Clinical Physician Assistant in Family Practice. He held the position for 20 years. Their three sons are Danville HS graduates. Ryan and his wife, Deb, now live in Denver, Colorado, while Rilee and Chris—with his wife, Michelle, and their three children—remain Danville residents.

After the Benjamin's move to Danville, Scouting, the American Red Cross, Geisinger Hospice, and Shiloh United Church of Christ became their focus of service. Working with hospice, Joanne often sat with patients to provide care-giver relief. She especially loved making "memory bears" and delivering them to the families, a program she has continued at Shiloh. Joanne serves on the church council and the committee for the Danville Tri-County "After 5 Club" for many years and has traveled as a speaker to other groups. Because he enjoys cooking, Mike joined the hospitality committee at the church. He has also participated in the Living Last Supper.

Mike's service to the Boy Scouts of America began when he was a young man. He holds the Eagle Scout rank and later worked with cubs and scouts in his early days as a dad. After the Benjamin's move to Danville, Mike worked with Troop 33 in Riverside for many years. Some scouts will remember him as "the Ranger" at Camp Lavigne and as "Mr. B" on the summer camp staff. For his service to the organization, Mike was awarded the Vigil Honor of the Order of the Arrow in 2000, the silver Beaver Award in 2009, and the National Eagle Scout Association "Outstanding Eagle Scout Award" in 2015. He has also been honored with the Columbia Montour Council BSA Lifetime Achievement Award.

Joanne and Mike continued their devotion to the Danville community, serving on the Board of Directors of the Danville Chapter of the Red Cross. As representatives, the Benjamins assisted at numerous disaster sites both locally and nationally, aiding in Hurricane Wilma relief in Florida and wildfire relief in California. They also reported to the Blooming Grove State Police Shooting to assist in feeding the responders.

Not surprisingly, Joanne and Mike become part of the planning and execution of the annual Holiday Happenings fundraising event organized by the Danville Chapter of the American Red Cross. As chairs of the event in 2015, the Benjamins were disappointed to learn that the Red Cross would no longer support the celebration or awarding of the Robert N. Pursel Award. A letter sent to community members looking for solutions to this dilemma was received by the members of the Community Giving Foundation: Danville (formerly Danville Area Community Foundation). The result was a new home for Holiday Happenings through a renewed partnership with the Foundation. As committee experts, Joanne and Mike continued to lead the planning, organization, and celebration of Holiday Happenings to raise funding for local organizations.

Through leadership, dedication, and hard work, the community has continued to benefit from the caring service exemplified by Joanne and Mike Benjamin. Their willingness to "look for a solution" means Holiday Happenings continues as an event to benefit Neighbors Helping Neighbors—a forever fund supporting unmet needs in the Danville community. 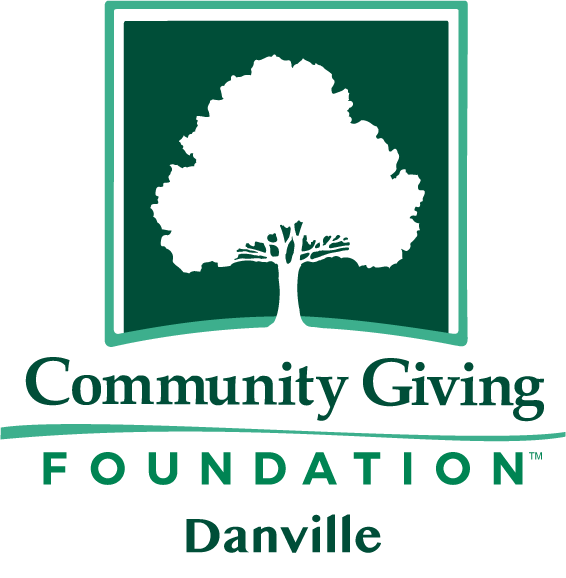