The Community Giving Foundation: Bloomsburg is pleased to announce the creation of a new scholarship fund to support Central Columbia graduating seniors. The Lynch Brothers Scholarship Fund was established by Pat and Bill Lynch, both proud graduates of Central Columbia and recipients of the school’s Social Studies Award. The brothers were able to turn their interest in social studies into rewarding and meaningful careers, and hope this scholarship opportunity will do the same for current students.

Pat Lynch turned his interests into a thriving career in education, teaching World Cultures at North Allegheny Intermediate High School near Pittsburgh for 31 years. His classes emphasized the discussion of current events and the analysis of editorial cartoons, and he created a program which allowed tenth grade students to participate in campaign work for candidates in local, state, and national offices. After participating in a Fulbright-Hayes Scholarship trip to Nigeria, Mr. Lynch started a pen pal program to allow his students to interact with Nigerian students.

Bill Lynch spent his entire professional career in public service after graduating from law school. He first served as a Senior Staff Counsel for both the Washington State Senate and House of Representatives non-partisan committee staff for over 20 years. He was appointed by two WA State Governors to the WA Environmental Hearings Office, where he served for 11 years (four years as Chairman), and later appointed by a third Governor as Chairman of the WA Energy Facility Siting Council. Mr. Lynch wrote landmark legislation in many areas in Washington State, including consumer protection, salmon recovery, housing, and labor relations. He authored numerous environmental decisions, transformed the decision-writing process of the EHO, and co-authored a decision directing local governments to infiltrate stormwater into the ground to remove pollutants—a decision that was the first of its kind in the nation. Mr. Lynch has also volunteered with numerous community groups including the Thurston County Housing Authority, where he served as a board member for 20 years.

“Understanding our country’s history, the workings of the government, the achievements of our country’s many peoples and our interactions with other nations is vital to an informed citizenry and a healthy democracy,” explained the Lynch brothers. “We hope that the yearly awarding of this scholarship to the top male and female social studies students will help promote the value of becoming active, well-informed citizens.”

The brothers appreciate the social studies teachers they had while at Central Columbia, complimenting the school’s unique combination of social studies courses. Bill Lynch particularly credits Duane Ford as a major contributor to his success in life. The Lynch Brothers Scholarship Fund will continue to carry on a legacy of learning, something the school’s current teachers are thankful for.

“At Central Columbia, we are committed to providing a diverse curriculum in the social studies to all students. The scholarship that the Lynch brothers are providing honors that commitment and the students who value these opportunities. We cannot thank the Lynch brothers enough for this generous donation to Central Columbia and our students,” remarked Jason Hippenstiel, high school teacher.

Contributions can be made to the Lynch Brothers Scholarship Fund online here, or mail to the Community Giving Foundation, Attn: Lynch Brothers Scholarship Fund, 725 West Front Street, Berwick PA 18603. Bloomsburg is an affiliate of the Community Giving Foundation, which manages nearly 300 charitable funds and makes grant investments throughout the region to improve the quality of life in the Central Susquehanna region. 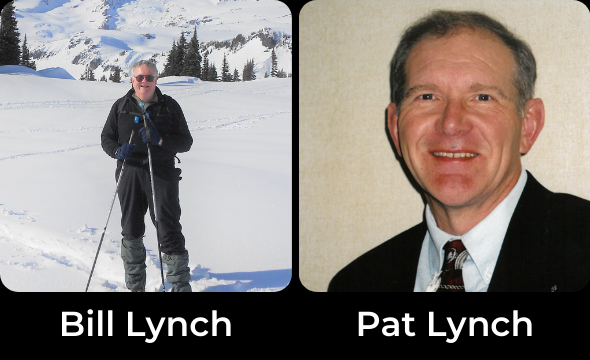